Tracker confirms that not only did caravan and motorhome thefts rise year-on-year in 2020, but they also increased by a staggering 50% in the weeks following periods of lockdown. As the latest lockdown formally comes to an end, Tracker is urging caravan owners to take extra precautions to safeguard their vehicles as thieves make up for lost time.

Why should you protect your caravan with Tracker?

Clive Wain, Head of Police Liaison at Tracker commented, “Professional criminals are quick to cut through barriers, locks, and other physical deterrents to steal in seconds valuable vehicles parked on driveways. Caravans and motorhomes locked up in storage facilities, even premium sites which boast top of the range security measures, are also being targeted.”

In recent weeks there have been a spate of caravan and motorhome thefts across the UK, with police forces from Lancashire, Yorkshire, West Midlands and Nottinghamshire appealing for homeowners to check night-time CCTV footage for sightings of caravans being towed which could help identify thieves. Thankfully, caravan owners who have invested in a Tracker benefit from it being the only stolen vehicle recovery offering that is supported nationwide by UK police forces. Tracker’s detection units are exclusively fitted in over 2000 police patrol vehicles and throughout the national fleet of Police helicopters that comprise the National Police Air Service (NPAS).

See how, with the help of Tracker™, this caravan owner was able to trace exactly where their vehicle had been taken. 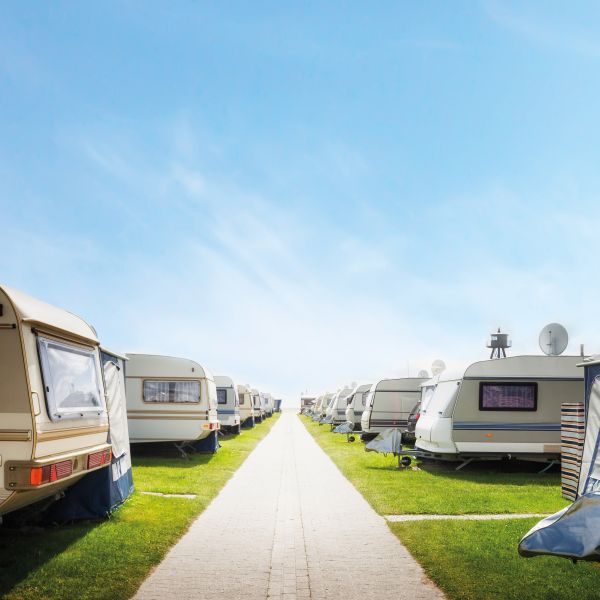 How do Trackers™ work?

Tracker’s unique VHF technology makes its units resistant to GPS/GSM jamming and enables the police to pinpoint a stolen vehicle, which makes it particularly valuable for detecting assets hidden in containers at major UK seaports.  Add to this the unique Tracker Mesh network, and the chance of recovering a stolen vehicle are greatly increased. When a vehicle fitted with a Tracker unit passes any Tracker equipped vehicle that has been reported stolen, the unique Mesh Network automatically sends a signal to Tracker’s Head Quarters and the police, providing the location of the stolen asset.

“Lockdown restrictions are well and truly easing, and understandably people are desperate to take a break away from home. However, it is vital owners invest in the best possible peace of mind when it comes to security,” concludes Clive Wain. “Fitting a Tracker and ensuring subscriptions for an existing Tracker is up to date, won’t stop a caravan or motorhome from being stolen, but it will significantly increase the chances of it being returned quickly to its rightful owner.”

Tracker™, the ONLY choice for your vehicle protection

Recovering your leisure vehicle is our priority. No matter what you drive Tracker™ is by your side.

Shop Now
Back to News