Keyless Car Theft At All Time High In 2019

Analysis of theft data recorded by the stolen vehicle recovery (SVR) expert, Tracker, reveals that 92% of the cars it recovered last year were taken without using the keys. This is an increase from 2018’s figure which stood at 88% and a worrying increase of 26% compared with four years ago. The figure in 2016 stood at 66%.

Further analysis of Tracker’s data reveals that the Range Rover Sport was the number one choice for thieves in 2019, jumping from 8th place in the Tracker Most Stolen and Recovered League Table in 2018. It replaces the BMW X5 which topped the chart in 2018 and now sits at number two. This in turn, has pushed the 2018 number two, the Mercedes-Benz C Class, to third place in 2019.  Range Rover, BMW and Mercedes-Benz dominate the Tracker league table in 2019.

“Our data has revealed that keyless car theft continues to rise, with 9 out of 10 of the stolen cars we recovered in 2019 taken this way,” confirms Clive Wain, Head of Police Liaison for Tracker. “Thieves exploit keyless technology by using sophisticated equipment, which can hijack the car key’s signal from inside an owner’s home and remotely fool the system into unlocking the doors and start the engine. This is commonly known as a relay attack.

“To help prevent car owners falling victim to keyless car theft, traditional visual deterrents, such as crook locks and wheel clamps can help deter thieves and are a good investment to make.  However, in the event of a car being stolen, vehicle tracking technology will not only help police close the net on thieves but see a stolen vehicle returned to its rightful owner.”

Premium vehicles are frequently stolen to order by organised criminal groups. The cars are often shipped abroad, predominantly to Eastern Europe and North Africa. The most expensive vehicle recovered by Tracker in 2019 was a Range Rover SV Autobiography, valued at £150,000. However, cars at the lower end of the market are still a target, with a VW Polo valued at £575.00 being the least expensive car recovered.

“Thanks to our long-standing working relationship with all UK police forces, 54 suspected thieves were arrested in connection with the vehicles we recovered last year. In addition to the vehicles recovered by Tracker, 67 other non-Tracker fitted stolen vehicles were also found as a result,” concludes Clive Wain.

Tracker is the only SVR provider offering vehicle tracking systems that are supported nationwide by UK police forces. Tracker SVR solutions work like an electronic homing device. A covert transmitter is hidden in one of several dozen places around the vehicle. There is no visible aerial, so the thief won’t even know it’s there. The combination of VHF with GPS/GSM technology, unique to Tracker, makes its units resistant to GPS/GSM jamming, confirming Tracker as a superior security defense against determined thieves. 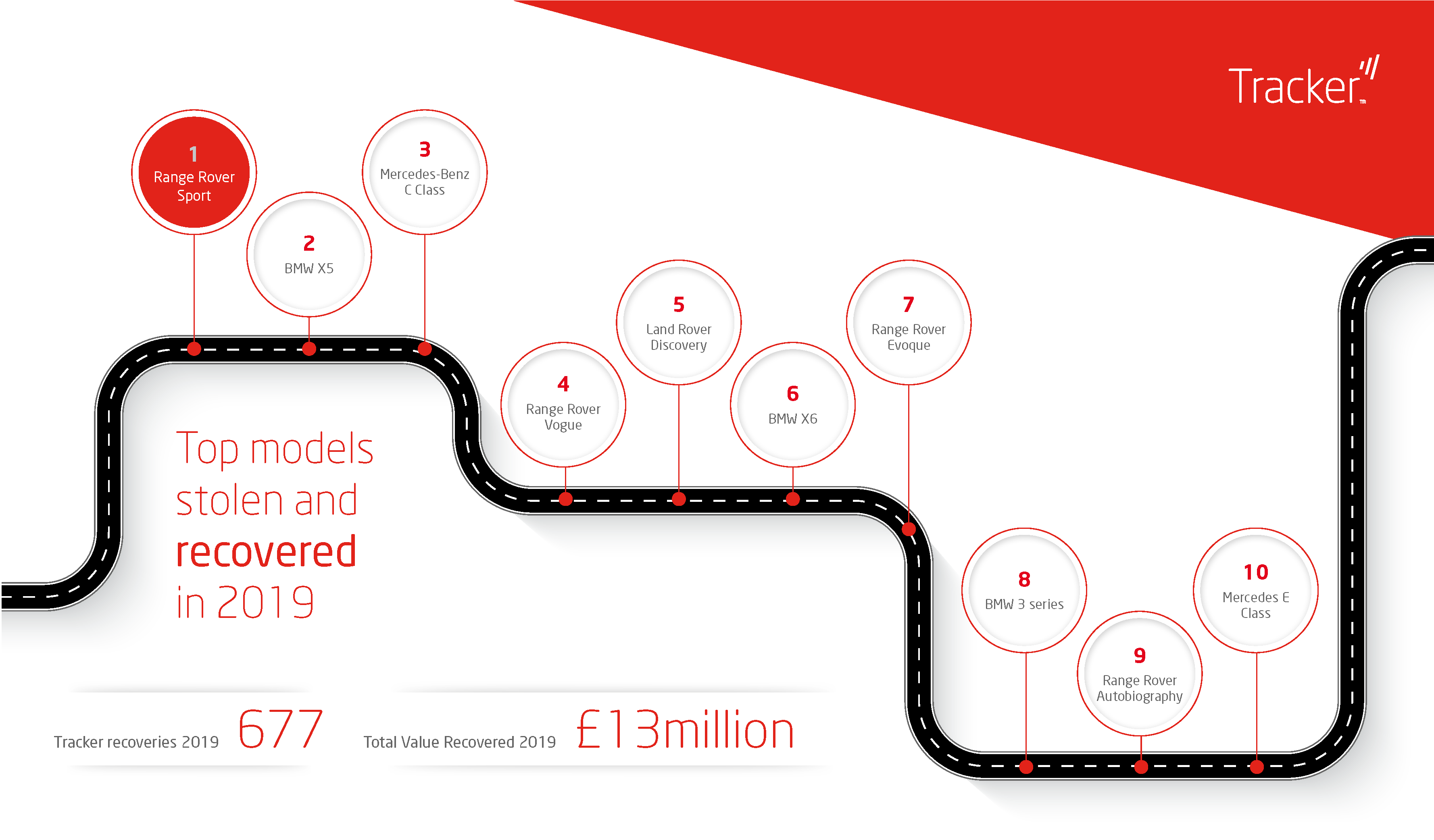